Some of the best studs in France have Gargassans in their bases..

Azziz de Gargassan was born in 1988 as our very first arabian horse foal out of Durra, a german broodmare we bought at famous Weil-Marbach and sired by Warandes Pascha.

With only 3 years he won the national championship in Pompadour and got sold to the french national stud. Till 2012 he used to be one of the most demanded stallions for Endurance in France.

I am very proud of the distinction of Azziz de Gargassan to an elite stallion in endurance. It is an honour for me to share this title with royal Sadepers, Djin Lotois, Persicko and Melfik d'Alauze. I am very happy about the small part that Gargassan plays in French breeding and that we can contribute to the breeding success of France, but I do not want to forget that this is mainly possible thanks to the breeders who use Azziz as a stud and the riders who participate with his offspring in equestrian sports, thus showing the qualities of his genes. I would especially like to thank Ludovic Saroul, who trained the first foals of Azziz and won the first prizes, and the stud 'Milin Riant', which gave him a great retirement.

Lemir was born in 1999. His sire is Ali Mabrouk (Ali Zafir x Bint Mabrouk by Mabrouk), a stallion of Egyptian origin, born in the USA in 1990 and died in 2008 at our stud due to cancer. We bought Ali Mabrouk in 1996 mainly because of his perfect appearance, he was not without faults, but he was complementary to our other two stallions NA Colt and Vladimir de Falgas.

Lemir's dam, Emira de Gargassan, was born at the stud in 1992. She is also the dam of Sheyk, Vizir and Roumba de Gargassan.  The sire of Emira, NA Colt (Warandes Plakat x Hamira), was born in Belgium in 1986. He was our first stallion and became Vice World Champion at the age of only two years. His strong points: bone structure and conformation but above all a movement which is a typical characteristic of Gargassan today. His son, Cérès de Lafon is the basic stallion of the stud "l'élevage d'endurance de Suleiman", which is specialized in endurance horses. NA Colt was of Russian and Hungarian descent (Babolna, cradle of Shagya). In 2010 he died with at the age of 30 years.

The dam of Emira, Durra (Saher x Hamdi by Halef), was born in Germany in 1974 at the National Stud Marbach. She was one of the three foundation mares of Gargassan. She is also the dam of Azziz de Gargassan, our very first foal.

Other endurance horses of our breed are Tooyou, Jazzy, Nanty, Iff... de Gargassan,

as well as Ratoon de Gargassan and Tonik de Gargassan, members of the endurance team of Monaco,

2019 Henry-David Guedj and Tonik de Gargassan reach the finish line in Compiègne after 160km in second postition, and thus occupy 8th place in the world rankings in endurance sport! 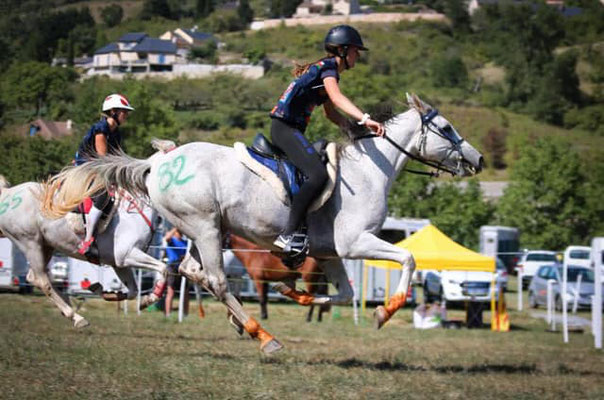 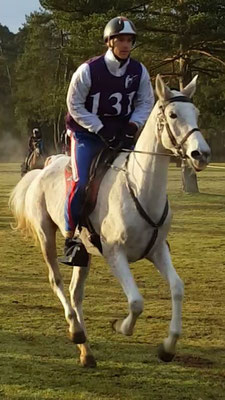 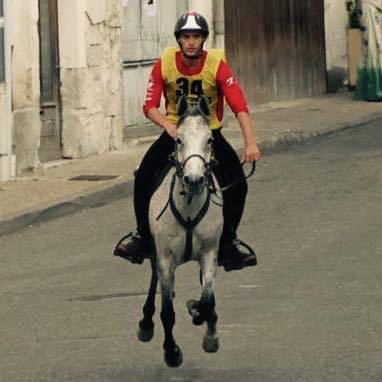 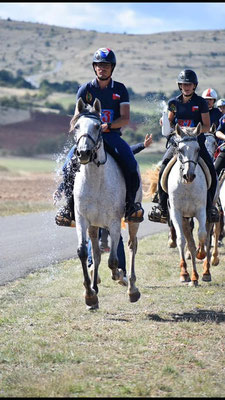 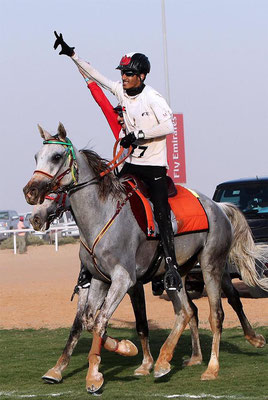 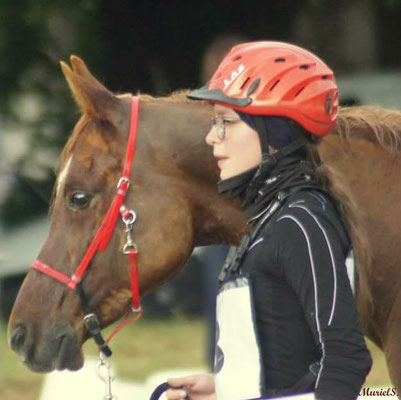 Since our early beginnings, some of our horses have been able to achieve success on the racetrack. Especially the offspring of our basic mare Nefretete (Pentagon x Nephras by Neptune) has shown great talent:

Some horses of our Domaine were also successful in other disciplines we did not expect.

For example the US-american stud "de Boise" have chosen three Gargassans as their base: King, Keen and Lorka de Gargassan.

"A lot of horses have come and gone throughout my lifetime. There are a few that really leave a mark and this little mare is one of them.

There is so much heart, try and kindness wrapped up in one little bay Arabian." says Nicole Kent, rider of Hazel